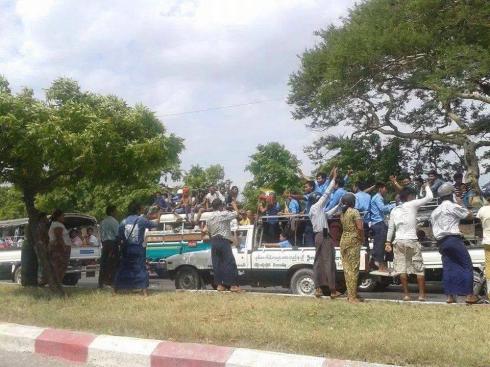 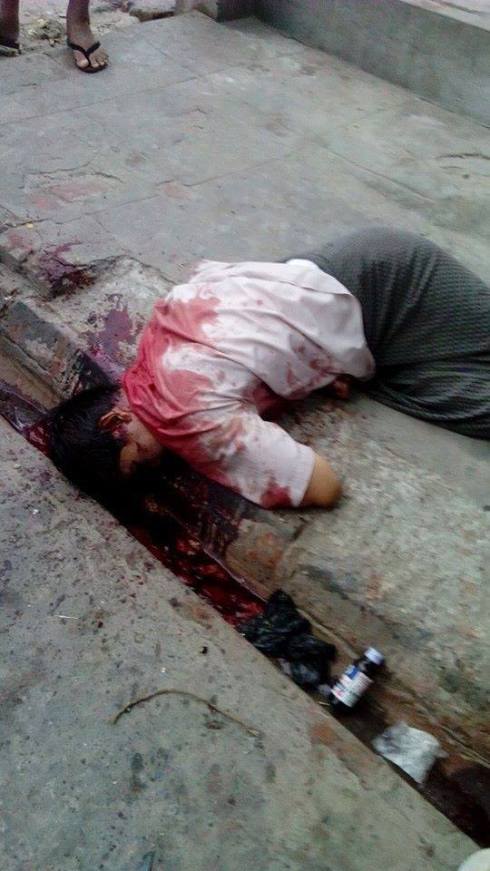 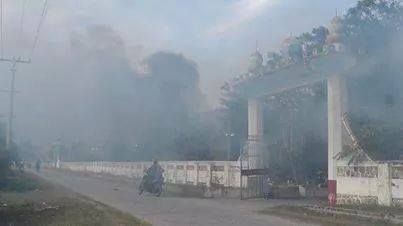 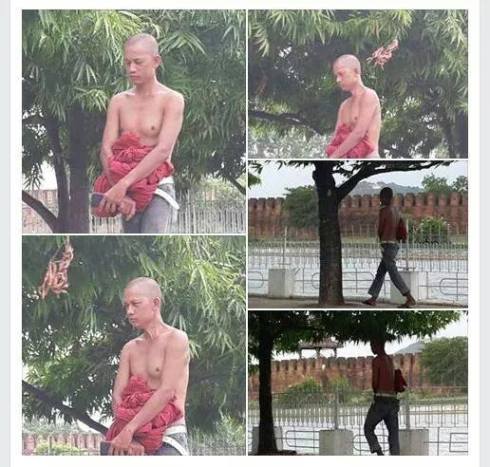 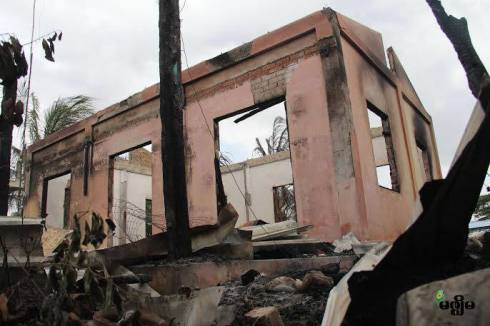 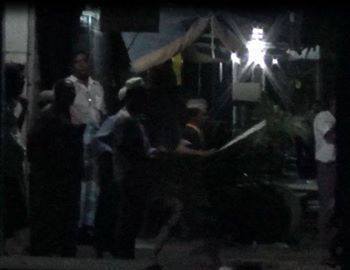 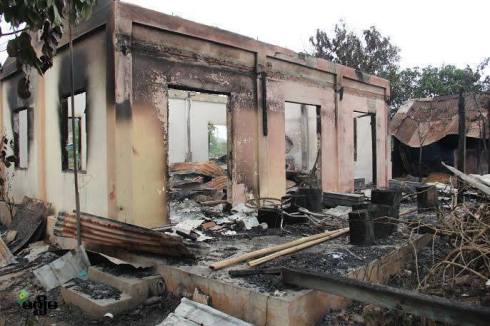 2. The Muslim men in question owned a well to do café called Sun Café.

a group of thugs on motorcycles, armed with wooden clubs and knives, verbally harassed, swore and

threw stones at the café. The crowd swelled and gathered around 26 B Road and along the 83rd and

84th Streets, throwing stones, breaking into the Muslim shops in the area, damaging and looting Muslim

property. Muslims were forced to barricade themselves indoors.

4. The above mentioned acts of violence happened in the presence of local police forces and under

the watch of the passive authorities, the mob threw makeshift fire bombs at the mosque in the area.

5. The police force did not take any action against the perpetrators apart from half-hearted verbal

brutally beaten to death. Three other Muslim men were also severely beaten up by the thugs shortly

after U Soe Min’s death.

7. Again, no action was taken to bring the perpetrators to justice by the authorities.

8. All Muslim owned businesses were shut down for fear of further attacks by the Buddhist mobs and

Muslims were reducing to hiding in their houses, not daring to step outside their homes.

appealed to the Chief Minister to help protect Muslims’ lives and properties in Mandalay. As a result,

the Chief Minister increased security presence in Mandalay. However, no action was taken against the

terrorist Buddhist monks that continued to swell  in numbers in the city.

10. Between the 3rd and 4th of July, the authorities issued a curfew and arrested 2 Muslim Imams

and a group of worshippers at a mosque. On top of not taking action against the thugs and protecting

and masjids, seizing items deemed as weapons which were in actual fact being kept for self

defense by the Muslims.

a 10,000 strong crowd along with a hundred plus vehicles and motorcycles shouting death chants and anti-Muslim slogans.

12. Later, on the same day, the authorities cut off internet access and electricity, effectively shutting off

Mandalay from the rest of the world. Previous incidents of violence against Muslims in Burma were always

preceded by the same sequence of events –imposition of a curfew, cutting of internet access and electricity followed by the burning and

destruction of Muslim homes and property and killing of innocents.

13. Later there was open anti Muslim hate incitement in funeral of Tun Tun who was killed by

unknown assailants. The funeral procession was allegedly taken over by the Buddhists Monks

. The mobs with swords and clubs freely roamed the four corners of Mandalay, cursing and swearing Muslims. They burned down a small Masjid at Muslim Cemetery,

and destroyed the burial place.

All content provided on this blog is for informational purposes only. The owner will not be liable for any misrepresentations and/or modifications of the information in the form contained herein by any third party or any losses or damages from the display or use of this information, nor does the owner make representations as to the accuracy or completeness of information found by following any link on this site.
بسم الله الرحمن الرحيم
If We wished We could send down a Sign to them from heaven before which their heads would be bowed low in subjection.
(26:4)

Learn and Understand the Holy Quran

An Invitation to the Truth

Minority Muslims of this world

are pious children who pray for their parents,

his knowledge which is still useful to others,

and his charity that continues to benefit the needy."

" You must not lose faith in humanity. Humanity is an ocean; if a few drops of the ocean are dirty,the ocean does not become dirty"

Search within this blog

Myanmar at a Glance